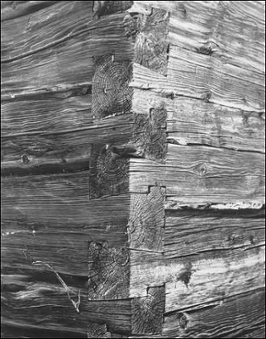 The origin of the log structure is uncertain. It is probable that it began in northern Europe sometime in the Bronze Age (c. 3,500 B.C.). By the time Europeans began to settle in America, there was a long tradition of using logs for houses, barns, and other outbuildings in the Scandinavian countries, Germany, and Northern Russia. These regions had vast stands of softwood timber that could easily be worked with simple hand tools. According to C. A. Weslager, whose book on log cabins is considered a classic, the Finns, as well as the Swedes, had a "close attunement" with the forests, and both groups had well-developed forest industries. Weslager goes on to say:

"The Finns were accomplished in building several forms of log housing, having different methods of corner timbering, and they utilized both round and hewn logs. Their log building had undergone an evolutionary process from the crude "pirtii"...a small gabled-roof cabin of round logs with an opening in the roof to vent smoke, to more sophisticated squared logs with interlocking double-notch joints, the timber extending beyond the corners. Log saunas or bathhouses of this type are still found in rural Finland."

When the Finns and the Swedes began to arrive in New Sweden (along both banks of the Delaware River into modern Delaware, New Jersey, Pennsylvania and Maryland), they brought their knowledge of such wood construction with them. So did later immigrants from Germany. The Scots, Irish, and Scots-Irish had no tradition of building with logs, but they quickly adopted the technique. The log cabin suited early settlers and later pioneers. It would have been nearly impossible to carry building materials across the ocean in the small sailing ships of the time. It would have been equally difficult to transport building materials on horseback or even in the wagons or river barges pioneers used to cross mountains and valleys in their search for their own land. So, wherever there were forested areas, the log cabin became the preferred type of initial dwelling. Log cabins did not even need nails or spikes to hold them together. Until the 19th century nails were made by hand by blacksmiths, which meant they were quite expensive, and like lumber, they were also heavy.

Log cabins were relatively easy to build. Weslager reports that a record was set by three men who cut down trees, trimmed them, dragged the logs to the building site, notched the logs, and built a one-room cabin with chimney and fireplace in two days. For most people it took a bit longer, but it was possible for a man working alone to build a cabin in one to two weeks. However, a man alone faced some problems. Because it is physically difficult to lift a heavy log above one's head, most men could build cabins only six to eight logs high. With help, it was possible to build several logs higher--even two-story log houses were possible. First, skids of two logs were placed against the wall at an angle to serve as an inclined plane. Then forked sticks or ropes were used to position the logs.

Most log cabins had a single room, or "pen," some 12 to 16 feet square. There was one door, and usually no windows. If windows were cut into the walls, animal skins or boards fixed to slide across the openings were used. Some builders used paper greased with animal fat, which made it both translucent and waterproof. Most log cabin builders placed the fireplace at one end of the cabin and built the chimney of wattle. Stone or clay was used for the hearth and the interior of the fireplace. As these were not very safe constructions, later builders used brick or stone if they could be obtained. Fireplaces provided warmth, light, and fuel for cooking. Back bars and cranes made of forged iron were used to hold cooking pots. Not until the 1840s were cast-iron ranges available that would burn wood or coal, so cooking over a fireplace did not seem a hardship.

Inside walls were often chinked with clay or cloth. Most floors were simply beaten earth, although some cabins had floors of puncheons--logs split lengthwise and laid close together with the flat sides up. A family often built a sleeping loft if the roof were high enough. The loft could be reached by pegs pounded into the walls or by a ladder built from tree limbs. The loft also was used to store foodstuffs.

Log cabins were never meant to be permanent, but many log houses were. The difference between the two was primarily one of size and attention to detail. Most pioneers preferred "flat" walls to rounded log walls, and so most used hewn logs for building. These not only made the houses look (from a distance) more "real," but also withstood the elements much better, since the bark and the decay-prone outside wood were removed from the logs. When milled lumber became available either from a local sawmill or by railroad transport, most people chose it for their homes.

It seemed that as the frontier disappeared, so would the log cabin. However, at about the same time the Finnish homesteaders were, of necessity, building their first homes of logs, Easterners were rediscovering the log structure. William A. Durant, land developer and president of the Adirondack Railroad, pushed the idea of Great Camps in the Adirondacks. These camps were enclaves where the very wealthy could escape the summer heat of the cities and retreat to the "simple life" of log-cabin living in the country. Such "cabins" were hardly simple. Designed by architects, they were huge structures with many rooms and fireplaces and porches. But their log exteriors recalled the "good old days". National park structures also fueled the revival of log cabin living. Many park lodges were made of logs so they would fit their surroundings. The Old Faithful Inn at Yellowstone National Park is a prime example. Built in 1904, the inn has an eight-story lobby some 185 feet high. There are 140 guest rooms and three sets of balconies.

Another factor that kept the tradition of log building alive was the Great Depression of the 1930s. The Civilian Conservation Corps (CCC) worked with the National Park Service and the U.S. Forest Service to build thousands of log structures throughout the national forests and parks. Had it not been for these the log cabin might have disappeared, but because people saw the log structures and liked what they saw, many began to build modern log cabins and log houses. These homes seemed to represent all that a family could want: a sturdy shelter from the elements and a simple, self-sufficient lifestyle. The log cabin remains a popular building style.

If you are planning to build a NEW log home, be sure to visit our web page and locate the Log Home Consultant nearest you.  Since 1977, we've been shipping quality log home building materials worldwide. 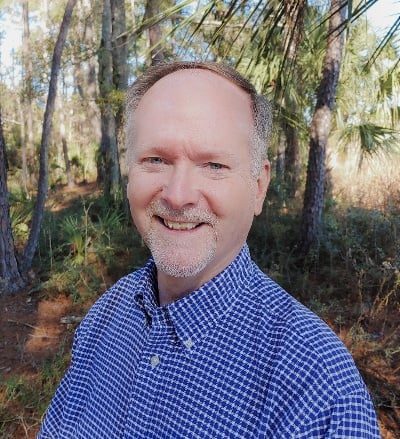 My wife and I built our log home in 1992 and I began working for Appalachian in 1993 and have been assisting clients realize their dream log homes ever since. Before coming to Appalachian I worked for the airlines and for a Tour Wholesaler which, took me to Japan, China and Southeast Asia. Thus began my other passion which is travel. We've been to all 7 continents and enjoy learning about different cultures and discovering local cuisines. Our most recent adventure was a cruise to Antarctica where we had the opportunity to tent overnight on the peninsula.

Over the centuries log homes have come a long way. The resurgence in log home construction came in ...

Cook Up a GREAT Kitchen Design with these 11 Insightful Ideas!

Log homes are renowned for their informality. Mealtime is no exception. The question is where to ...

From lavish residences to minimal hideaways, our team is here to help you turn one of our floor plans into a log home that perfectly matches your goals.